This year, Tomorrowland celebrated his 10th birthday. To celebrate this 10th anniversaty, the festival wasn’t held in 1 weekend, but 2 weekends in a row Tomorrowland has taken place. On friday, saturday and sunday 18, 19 and 20 juli and on 25, 26 and 27 juli the recreational venue “De Schorre” in the Belgium city of Boom was turned into a “Magical Festival”. With 180.000 visitors each weekend, Tomorrowland is one of the biggest dance festivals of Europe. The magical atmosphere on the venue, decoration of high quality, a perfect organisation and ofcourse a line-up of world-class has already led to several nominations and prices for this festival.

Since several years, Gigant International builts for this festival. This year, Gigant built stages in 8 areas, the whole entrance constructions, a large public stair at the entrance, decoration and signing towers and different VIP-decks. One of the most spectactulair stages was the “Opera Stage”. A stage almost 60 meters width where at the back and over the stage floor a construction was built in the form of an arch. An ingenious piece of craftmanship of our crew resulted in this spectaculair stage. Together with the decoration, light and the special effects a beautiful result was created.

The “Frame Stage” was a stage on the Q-area. The stage with a large wall construction at the back, with enormous photo frames, was created due to a good cooperation between the decoration organisation and Gigant International. Since safety for the builders, artists and visitors is the main priority for Gigant, the whole construction was engineered, constructed and calculated by the constructors of Gigant. A whole statical calculation was made where extreme weather conditions were taken into account. 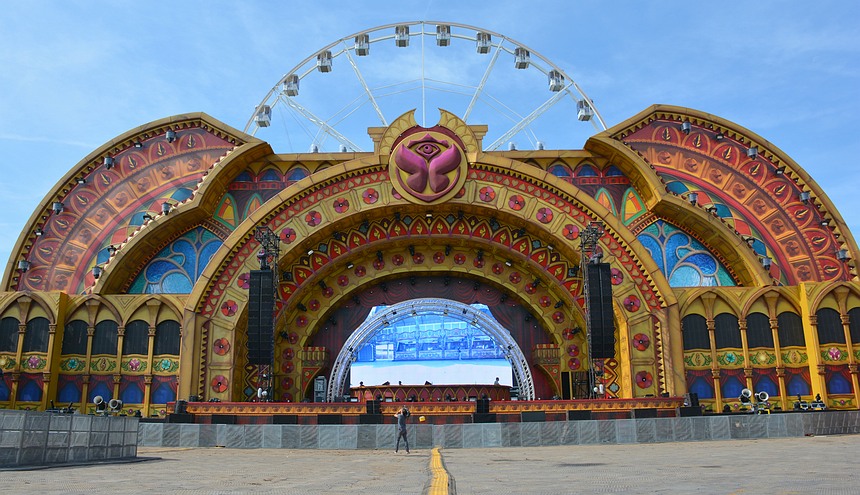 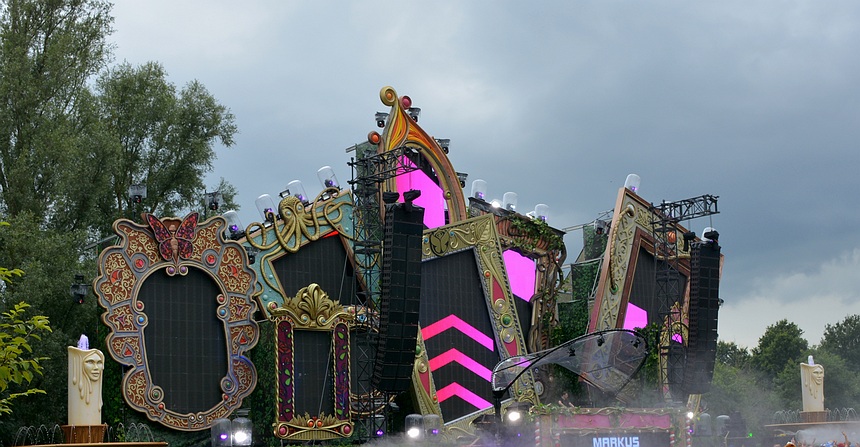 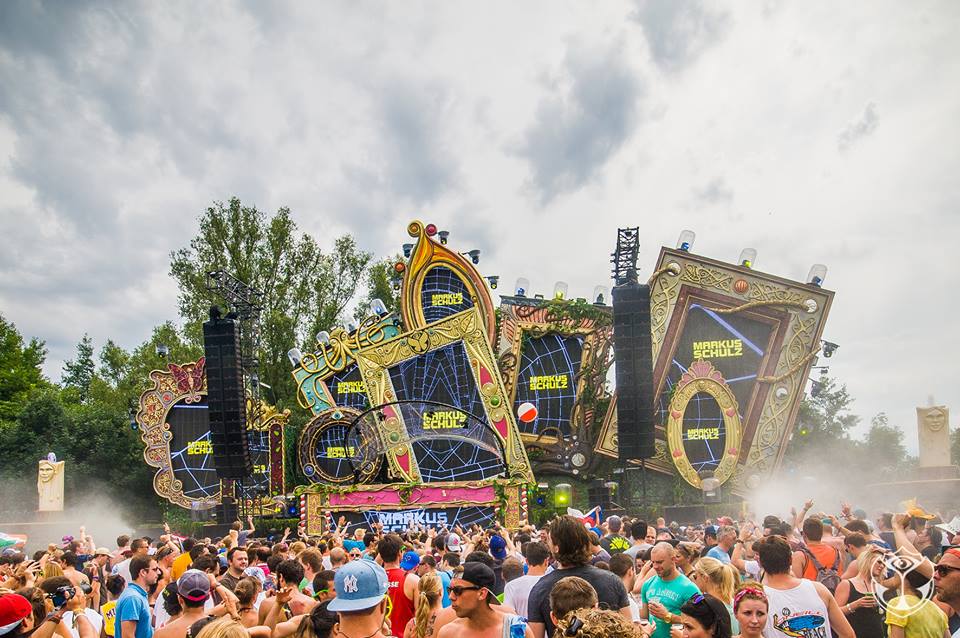 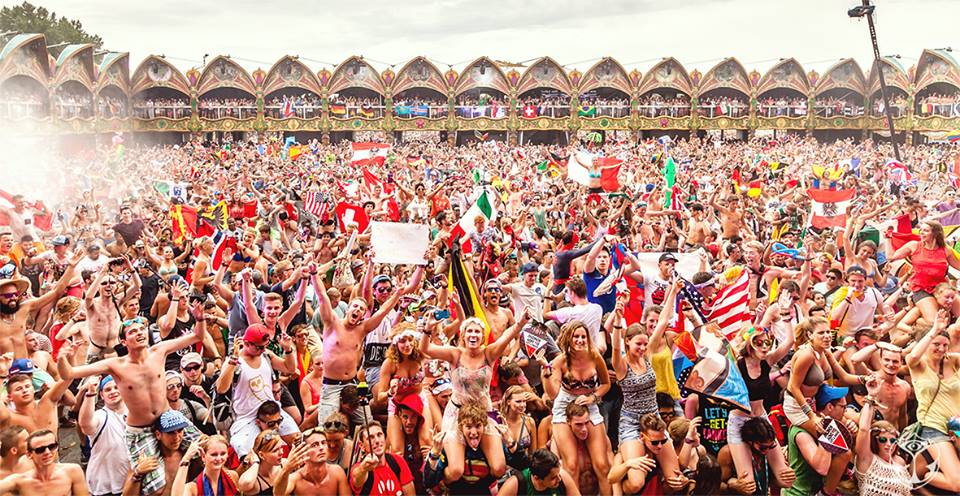 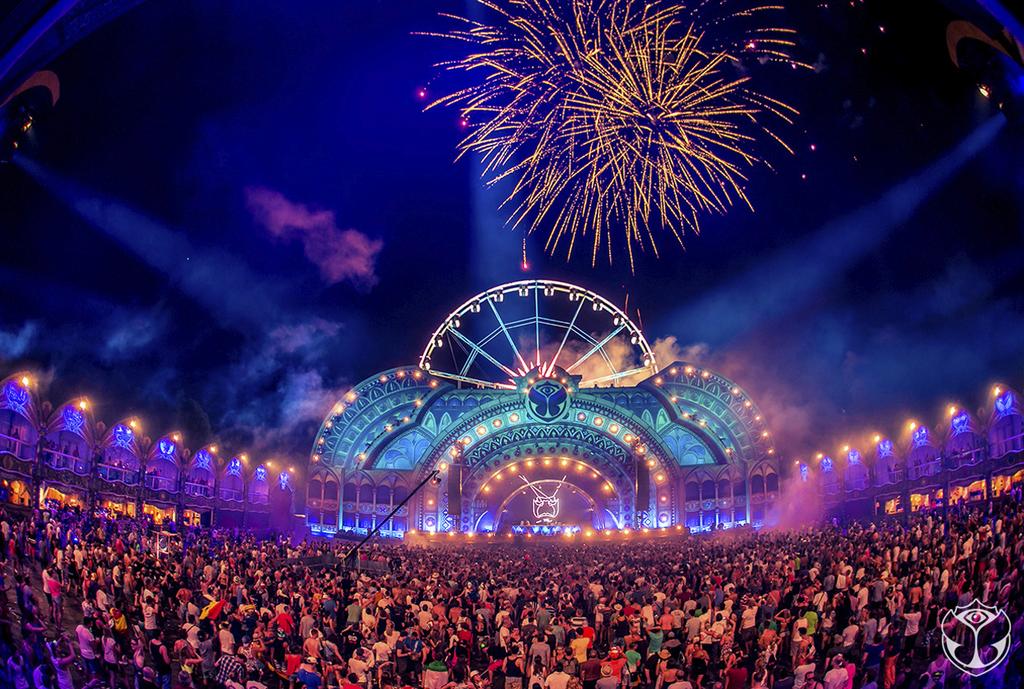 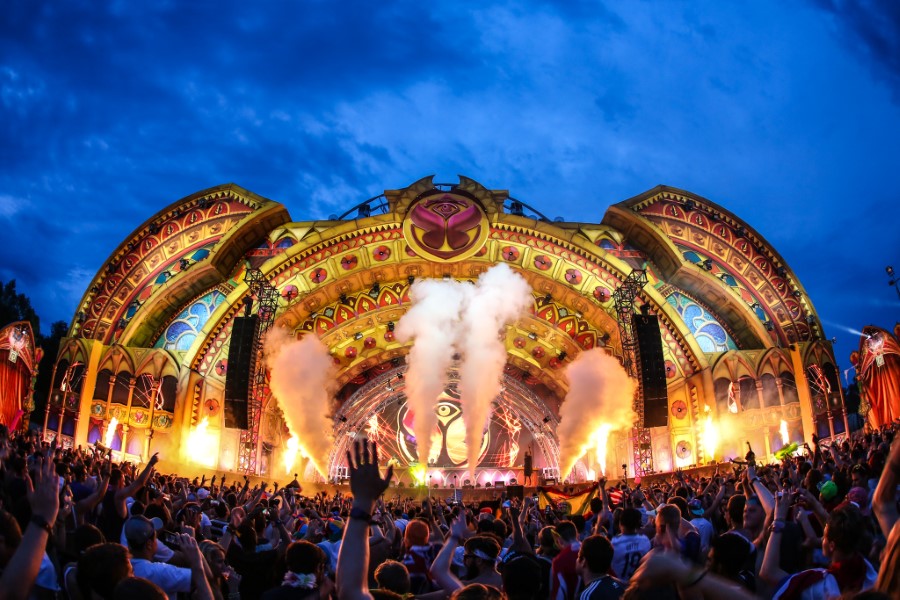 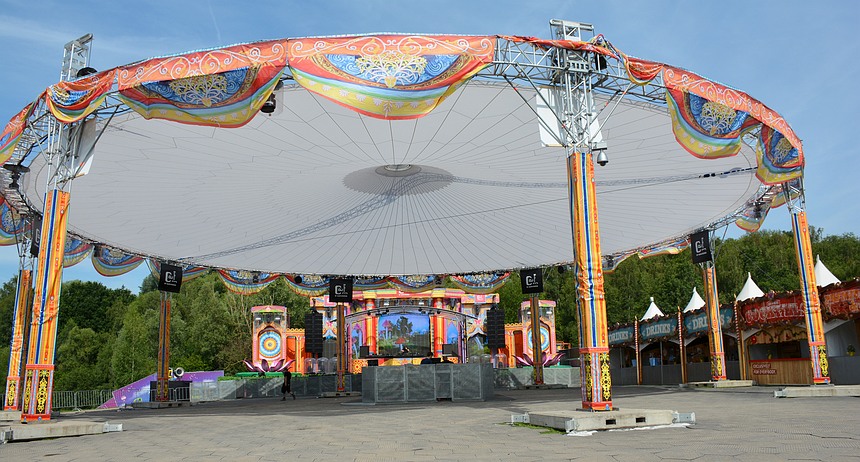